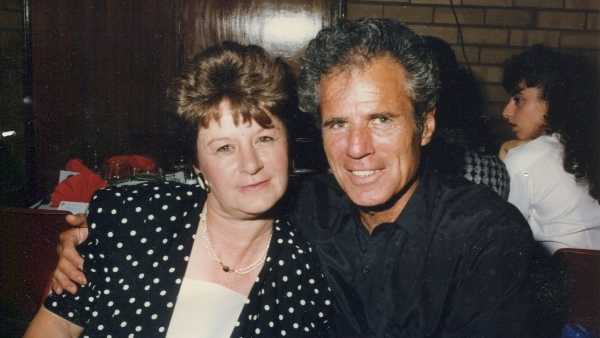 From Malta to Australia in the 60s

John Galea was born in Malta; the son of a farmer. Despite all the hurdles standing in his way, John left behind his war torn homeland at the age of 20 and built himself a good life in Sydney. Strong, independent, and achingly free, John is a symbol of Aussie immigration in the 60s.

Hi John. Can you describe the place you spent your childhood?
Well, it was… in my time – because, as you know, I’m a bit old – the childhood was seems alright with me because when you’re a kid, you always spend time with other friends, running around. But I always had it in my mind that I want to leave the country, because [there] wasn’t much work where you can make a living. So I came to Australia for a better future.

Can you describe one significant memory from your childhood?
Well, it was a poor country in my time. Until going back in 1940, I was – 1950 I was 10 years old. And in my time, you can’t – you’re always short of something that you like. Because there was no money around, you have to do something to earn a penny or so. Then when I grew a bit older, I had in my mind, ‘So I leave my hometown to go somewhere – no Australia, we going to London’. But I had my brother here, and my old man he said to me, ‘Go where your brother, in Australia’. As soon as he told me that, I flew to book.

Is there a smell, taste, or image that takes you back to your childhood? Can you describe that for me? Like your mum’s cooking, or…
Really, when I was about your age, I lost my mum. So my eldest sister, she used to look after us. But in them days, it was a bit hard. Like you know, you can’t refuse anything. You have to have what they provide.

Do you remember any meal that your sister used to cook?
Used to cook? More like them days, there were a lot of veggies. And we used to grow our own, like, rabbits and goats and all that, because my old man used to be a farmer – you know, with the dairy farms. It wasn’t really a dairy farm in those days, only a few goats and this and that, and we used to live in there. And we used to – sometimes you got something – because in them days we used to have like a ration, you know what ration means? We used to have other country, they provide us with food. And then probably, you have something and then you go and change with somebody else, and that’s how we used to live in them days.

This was after the war? After World War II?
After the war, World War II, yeah. I’m going back about, let’s say 1950s. That’s what I can remember, when I was about 10 years old.

How much do you think Malta was affected by World War II?
Very much so.

What was affected? Like, the infrastructure? The people? How were they affected?
Well, affected because we had a very, very hard bombs. Like, a lot of bombs in there. And if it wasn’t made of rocks… Malta is rock country. Rocks. Like, from volcano, and all rocks – anyhow, and if it wasn’t for that, Malta could have demolished. It could have finished. Cos the Germans threw a lot of bombs on us.

So, the Germans used to attack Malta?
Yeah.

So, where do you live now?
Now I live in Australia, of course.

So, where you live now, does it feel like home?
Well, it’s not really. Where you [are] born, you never forget, as you know. But it seems like home now because I’ve been living there for about 50 years. So it should feel like home now, yeah.

Who do you live there with?
I live with my wife.

Yeah, so… when you were a kid, what dreams did you have?
Oh, that I – you know, bring a family, and just try to be like when I was living in Malta. But it works alright with me, you know, we’re getting there, we never complain.

How achievable did you feel these dreams were?
From what?

How achievable? How much did you think you could achieve those dreams of having a family and leaving Malta?
Well, as you know, when I was arriving here I was about 20. And… but Malta is still in the mind; still in your mind. And I thought I was gonna find something like that, but in my time – when I arrived in here in 1960 – see, it wasn’t like today. It wasn’t so many people here, wasn’t so many cars on the road. And I feel like I was back home. Like you know, not really, but feel like it. Cos in them days, we used to know people – like Maltese people, they would emigrate together and all that; we still contact each other, so make you feel like [you’re] still back home. But anyways, it’s always – what I can say? It’s a bit different. But sometimes you feel like you’re back home, because the company, and the people, and the relation people, they make you feel like back home.

What dreams do you have for your future now?
Well, there’s not much left I think, with my age [laughs].

Do you have grandkids?
Yeah.

What do you see? Like, which grandkid, or how are they like you?
Oh, well, you know, grandkids are – as you know – the ages always change. But now we can contact, and I talk nice and all that sort of thing. We can have a communication and all that; it make you feel more like when you were young, you know.

What does strength mean to you?
Strength? What do you mean by ‘strength’?

Strength, any strength. What does it mean to be strong, to you?
When you see the grandkids, the family, and all that, you know. And you don’t have to think about sickness or anything, otherwise you get sick.

What is the hardest thing you’ve had to overcome?
In them days – like, I’m talking about the old days – in them days, we used to look for somewhere that I can live. Because when I used to board with someone else there was always problems. But the money was a bit hard to get [in] them days, because the pay was about £17, £16 a week. And you need to buy a house – it wasn’t as dear as now, but it’s very hard to pay it off. Because you have to [buy] dress, food, and rent and all that. So that was the hardest part for me.

How did you turn the fact that you didn’t have a lot of money, and that it took a lot of money for you to [buy] stuff – how did you turn all of that into a strength for you? What did you learn from it?
Well, you have to look after your money. And then you go a bit further, a long, long way. You don’t… a lot of people used to gamble and that sort of thing. But give that away, and you will get where you wanna get.

What is a quality you love about yourself?
Quality? Oh, what can I say?

What’s the thing that you love most about yourself?
I like to be freedom.

If you had one piece of advice for your younger self, what would that be?
Don’t get old [laughs].

What does freedom mean to you? And do you express this freedom?
I’m the type of person… I don’t wanna be pushed, you know. I wanna do whatever I wanna do. I don’t want nobody to tell me what to do, like, you know. Cos, when I emigrate to Australia, I always used to have a good jobs. Like a foreman, boss, and all that. I used to be a very physical worker, and I get a long way.

What advice can you share with others who may be going through similar experiences that you have had to overcome? And how can you help others recognise their strength?
Oh, you have to listen from the older people. Take their advice, and you go a long way.

What advice would you give them? If you had another – what advice would you give me?
Well, I would say to you, ‘Look, you listen to older people because they more brainier than you. And they been through a lot of hassle, like, you know? So if they’re nice people, and they’re straight people, they tell you which way you go. You know? They tell you from good and bad. And they put you on the right way.

No Time Limit on Living Your Dreams