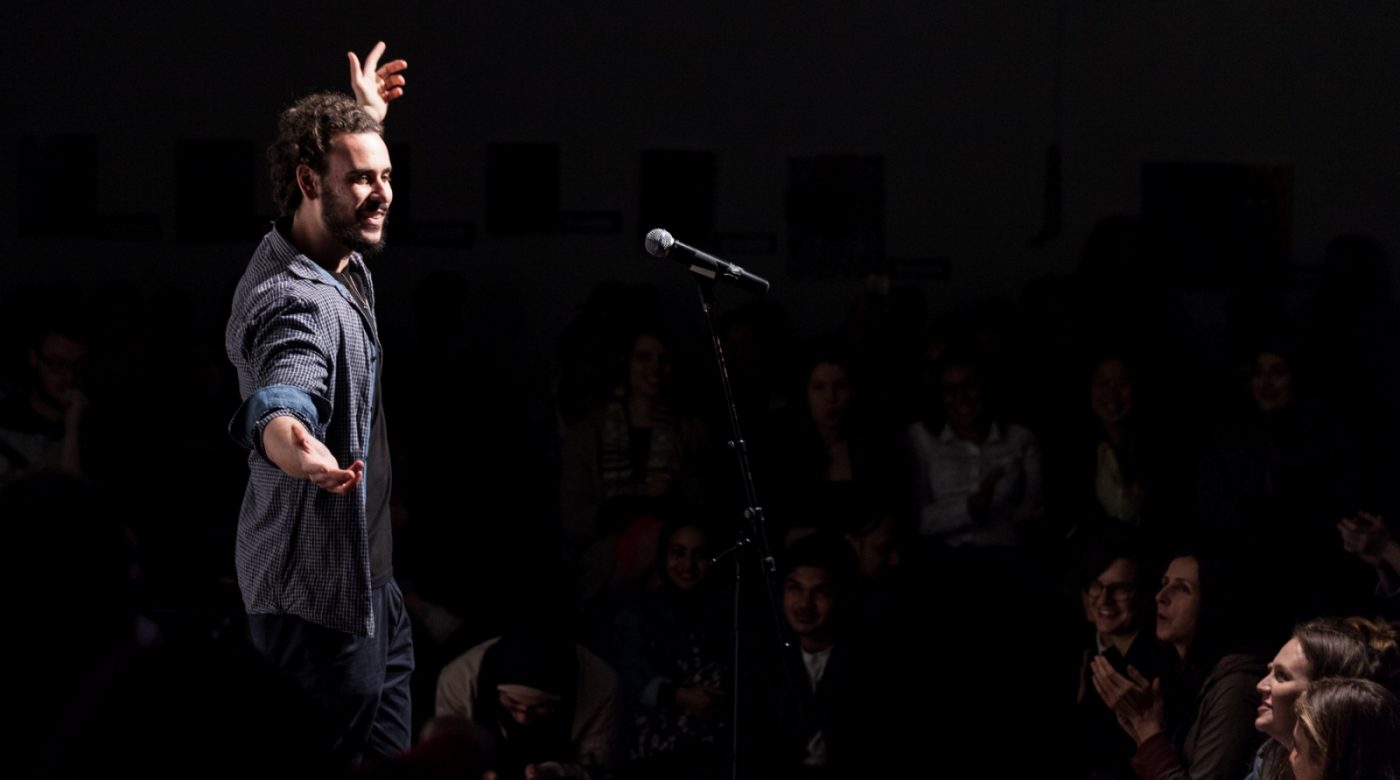 Bilal was born and raised in Bankstown 23 years ago, slowly ageing along with the home he’s lived in his entire life. Despite having spent his years living in Bankstown, Bilal has a lot of wisdom to share on the meaning of strength, life, and freedom. Who said it was necessary to leave your hometown to gain a little wisdom?

Hi Bilal, could you tell me where you were born and in what year?
I was born in Australia, in Auburn – Auburn Hospital – on the 14th of June, 1994.

Could you describe the place you spent the rest of your childhood in?
I’ve been living in the same house pretty much since I was born. So my family bought a new house when my mum was pregnant with me, and I’ve been in the same house ever since. And I still live there now, so I’d have to say my home in Bankstown.

Could you describe a memory from your childhood, like a favourite meal, a smell that you found great… just any memory.
One memory that always stands out for me from growing up in that house was that we always had – and we still have – a big garden. We always had a lot of animals and a lot of plants. So a memory that sticks out is gardening in the backyard with my mum… showing me how to grow things, showing me how to look after things, and showing me how when you put effort into something, you get something back from it.

Do you think it feels like home to you? Does it feel like you have a lot of history and a lot of stuff to do, and you can go anywhere that is close to your house?
It does. I feel like you grow around the place you spend a lot of time in. So my house, for me, feels like a body that I’ve lived in. Because, when you think about – like, the longer that you live, you start getting scars all over your body, and you start having old aches and pains – and I think houses have the same thing. So I can still remember where I had, like, a dent in the wall from when I fell. Or if I accidentally broke this cupboard and it’s never been the same since.

It’s that kind of thing, but I don’t always look at it in the negative sense, but I just think that we wear out ourselves, and we wear out the places that we stay in as well. But is it comfortable, because everything that I’ve built around my life is around the Bankstown area. So I work in Bankstown Arts Centre, I go out to a lot of the different schools in the area, so it is very much feeling like home.

So, we are moving on to deep questions.
Oh, deep questions. Aren’t they all deep questions? I think the where and when were you born… I think that was a very personal one, so from there I think we’re going to be fine. You know how old I am now, so we’re good, we’re friends.

What does strength mean to you?
For me, strength is not a physical thing. Strength is something that you have to learn. So I reckon we all go through horrible experiences, and strength is the way that we react to them, and the way that we deal with them. So the strongest people I know in my life are my parents. And not because they can lift the most weights – although my dad is pretty strong – it’s because they’ve gone through a lot of hardship, but they let it transform them in a way that helps them live their lives today. So they have something bad happen to them, but they use it to make themselves into better people. So I think that’s strength.

So, this is going to be a very personal question, and you don’t have to answer it if you don’t want to.
Lay it on me, I have no shame.

Alright. So what is the most difficult thing you’ve had to overcome?
Family. And, it sounds bad to say that you have to overcome family, but I think because you love them so much, they’re the ones that can hurt you the most. Because they’re so close to you, and you care about them. So the hardest thing that I’ve had to overcome is dealing with family drama. But in a way that I can still help them get through what they’re getting through, but not to the detriment of sacrificing my own health and wellbeing. So I think, for me personally, that’s the hardest thing that I’ve had to [overcome].

So how did you turn that into your own personal strength?
I get what you mean. What it’s done for me is that it’s made me more compassionate, but in a resourceful way. So if something happens to my family, I will worry about them to an extent, and I won’t find myself needlessly stressing over something I can’t change. So, when you think about people’s lives… we barely have control over own lives sometimes. So if we have someone close to us going through something difficult, we can help them to a degree, but only to the degree that they wanna be helped.

And I think that the way I’ve transformed that for myself is that I’ve become more empathetic to someone’s situation, to try to help them if they’re struggling, but at the same time I’m wary of the fact that I can’t change everything. And some things can’t change, some things can just be managed. Sometimes someone just wants to sit down and talk to you and be like, ‘These are the problems I’m going through. I don’t need you to fix it, I just need you to understand’. So I think that’s how I’ve turned it into a strength.

Wow, that’s really… I think that’s a really good lesson for everyone that is dealing with problems. And they should turn that into a personal strength, yeah.
I think so, yeah, but it takes a long time to learn.

So, what does freedom mean to you? How do you see freedom?
That’s a heavy question.

That’s a really heavy question, but there’s going to be one more heavy question.
That’s like Henry David Thoreau; like, ‘Tell me, how do you perceive freedom?’ Um, that’s hard. Do you mean freedom in any sense?

In any sense, you know, like any sense you can think.
So I’m not a very religious person, right. But I do think that there’s something – or a higher power, whatever it is – that controls us. And I think we make our own decisions to a degree, but I think a lot of things are predetermined. And I’ve had discussions with my friend recently, that I don’t think that people change. I don’t think that people can intrinsically change. I think that when you’re born, about 85% of who you are is predetermined, and the other 15% is how you react to the world around you. So you’re born a certain person, and your life shapes you.

And I think a lot of the time, when people get really upset is when they try to change things that they can’t control. So when we talk about freedom, we have freedom of choice for ourselves, and that’s pretty much as far as that’s the extent. That doesn’t mean we don’t have control over the world; we do, we have control over our own worlds, and that’s the most important world. So that’s how I look at freedom – is that we have agency when we make our own decisions, and that gives us freedom in our own lives.

Wow, that was really deep. OK, so one more question before we end this session. So, just going to move this aside.
Whew, the iPad is getting moved – that’s it, he doesn’t need his notes anymore. It’s getting serious [laughs].

In a way, or in a sense of how you can explain, what do you think life means? Like, how do you see life in your own persona?
[Laughs]. I’m laughing because you’ve laid, like, the most important question that anyone has ever asked, ever, and it’s just like, ‘What is the meaning of life?’. I think the meaning of life is always personal. So there’s no one answer. And everyone wants there to be one answer, like, ‘This is the Meaning of Life’. And whatever doctrine you ascribe yourself to, and whatever way of thinking you have – whether it’s religion or you look at science – everyone wants to know why we’re here. And I think a lot of life is chaos, and some of it is organised chaos.

Why are we here? What is the meaning of life? I think it’s about leaving a legacy. And when we talk about legacy, it’s not so much that ‘I am going to rule the kingdom and all the world. For thousands of years we will remember Bilal’s kingdom’. I think when we talk about legacy, it’s as if I’m walking in the street and I have a chat to someone, and I ask them how their day is – a complete stranger – and they tell me a story about themselves, and then that inspires me to do something in my life. Or the reverse, and I tell them something that I’ve done, and they think, ‘Wow, that’s really interesting’, and they change something about themselves. And the expression of that story in that person’s life; the way that it’s changed them and the life that they’ve lived, and any good that they do from it, I think that’s the meaning of life.